… and the bees stole the show 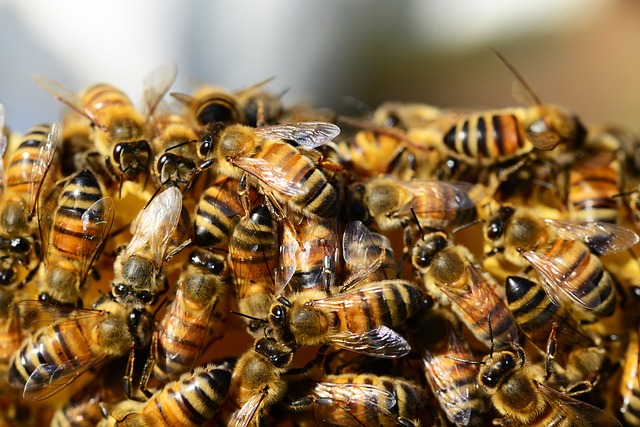 I had a great opportunity to attend the From Bees to Best Practice event organised by BITC at the beautiful Temple Newson near Leeds. That’s me far right, dressed to kill!

The purpose was serious though. The speaker from Leeds Beekeepers outlined the issues around colony collapse that has seen the European honey bee population decimated by half in Yorkshire, and more in some places. That might not sound like a problem but bees provide the pollination that’s vital for food production. Without them our dinner table would be bare.

The problem of colony collapse seems to be complex, and the result of a number of factors. Since its appearance in the UK after WW2 the Varroa mite has affected hives, killing bees and their young. Wetter summers and warmer winters have affected how bees hibernate over the winter. Pesticides also play their part. The combination weakens the colony often resulting in the complete elimination of a hive of maybe fifty thousand bees.

A visit to the ICON Business Centre highlighted some of the environmental protection measures that have been included. From chilled beams to grey water recycling and the sedum roof we saw a well designed example of the current tools coming into use, though it has to be said that the actual execution occasionally left a little be desired.

So far so good but of more interest to me was how the operators of the centre had bought into the green vision that their building provides. By occupying the building they have taken a real interest, almost to the point of evangelism. It really matters to them and their enthusiasm is infectious.

It’s still early days for the environmental building movement but these examples put it into the mainstream and people are absorbing the clues simply by being there. This can only help secure the investment potential of being environmentally responsible.

Agfa Graphics lithographic plate plant provided the last site visit. Recent improvements in technology have reduced energy and materials consumption, with significant reductions in waste, much of which is now recycled rather than going to landfill. They haven’t found a viable solution to dealing with some of the chemical effluents, but for now it is being managed safely while they look for a solution.

All in all it was a fascinating day looking at best practice… but the tiny bees were still the stars of the show!