Why property and construction matters on Budget Day 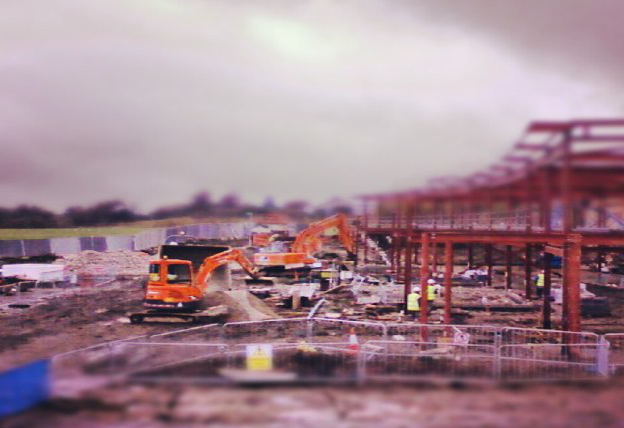 Wednesday is Budget Day. Chancellor George Osborne will take to the dispatch box to delight or disappoint, depending on what vested interests you happen to have this year. What does seem agreed upon among the financial experts is that it will be a moderate budget that doesn’t push the boat out politically. Bravado doesn’t seem to be the fashionable thing for politicians these days, so we should see a muted affair overall. That said, there are signs that there will be some long overdue good news for construction and property industries.

Construction is still only operating at around 55% of the level seen at the peak in 2007. That height saw construction costs, property values and land prices climb into the stratosphere to unsustainable heights up to three times the level of the late 1990’s, resulting in the worst property industry crash in modern times.

Since then, construction costs have dropped moderately, while property values remain in a delicate willing seller / willing buyer balance, with neither party having much of an upper hand, either because of lack of funding on the buyers’ part, or high borrowings on the sellers’.

Land prices are dropping even faster, back to the levels seen around ten years ago in some places as vendors gradually realise that they have sat on their nest egg for so long that it has gone off.

So far, so bad. What we do have on the up side is a sizeable industry that accounts for around a tenth of the UK economy, which employs over two million workers in more than 300,000 businesses of all shapes and sizes.

While we’ve seen decline in employment and volume since 2008 it remains almost unique, in that it is still fully formed with the capacity to literally go to work tomorrow, without no delays, no infrastructure investment and no additional upskilling. All construction needs is some orders and we can get to work on implementing those planning consents the very next day.

What does that mean for the budget? There are various calls to action, including from John Cridland, the Director General of the Confederation of British Industry (CBI) who says that spending £1.25bn on affordable housing would generate £18bn for wider economy and create another 75,000 jobs; “To boost the construction sector, we are calling for 50,000 new affordable homes to be built, incentives for refurbishing empty homes and the housing guarantee scheme to be extended to all types of housing.”.

The Council of Mortgage Lenders is also looking at housebuilding in terms of incentives by urging the chancellor to extend NewBuy beyond 2015, and address the anomaly under which the scheme allows access to home-ownership with a 5% deposit but means that a buyer is likely to be taxed because the purchase is liable for stamp duty.

Two weeks ago we might have had a foretaste of what’s in store when Michael Gove, the education minister announced £4bn for spending on refurbishing schools through local authorities. This recognised that the systems are already in place if finance is provided.

Let’s be crystal clear though – construction isn’t a special case in need of additional support. It makes sense to build. Not only for those employed directly and indirectly on sites, in offices, and on factory floors, but for the wider economy. Construction is particularly good at achieving re-spend of the money invested. In other words, money spent on builders, architects, engineers, plant and machine hire, etc goes quickly back into the local economy to be re-spent again, and again, and again. It stays local. Making lots of smaller pockets of cash start spinning tomorrow is better for communities, cities and UK PLC than waiting decades for more valuable infrastructure projects like HS2 to happen.

We should hope that Mr Osborne aims his target at the less glamorous end of the construction industry with a serious, but achievable investment that will reap rewards now.