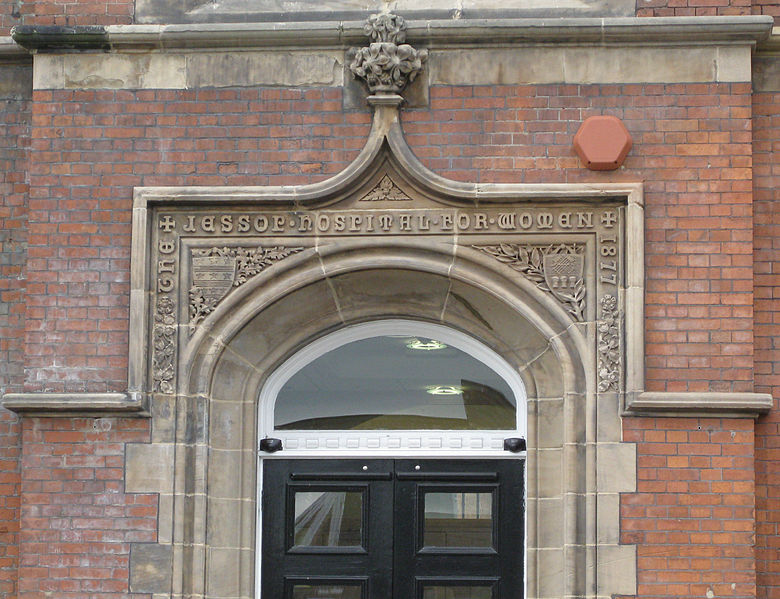 Two days ago, Sheffield City Council voted to confirm an extraordinary decision to demolish a Grade 2 listed building – the remains of the 1902 portion of the Jessop Hospital for Women in Sheffield. The reason for the vote was that in December they took the same decision but had failed to consult with the requisite external bodies outlined on the campaign against demolition website.

This saga has rumbled on for some time. At the early stages it seemed that the planning department were extremely critical of many aspects of the scheme by RMJM Architects. Make no mistake, RMJM are great architects and they already have a track record in Sheffield with the luscious Information Commons building just over the road from the Jessop’s site. However, the demolition proposal remained, and over time the concerns expressed by Sheffield planners seem to have been successfully nullified or worn down by the applicant and their team.

That has made Sheffield people hopping mad! There is a petition with over two and a half thousand names calling for the Secretary of State for Communities to call in the decision because “Sheffield City Council has failed to properly enforce planning law and its own policy.” Time will tell if the council has failed to act correctly. If they have failed, and then reconfirmed their original decision, the consequences will make fascinating spectating.

In the meantime it sends out a confused message to developers, architects, planners, investors and citizens. Is the planning department acting correctly? Can they be relied on to follow procedure? Is the planning process honest and transparent in Sheffield?  Is Sheffield somewhere to do business? Is there some hidden political agenda going on behind the scenes?

Let’s be clear here. Preserving buildings just because they are old is not a good enough reason for retention, but this is a fine building with an extensive local heritage and functional context. It is an uncommon example of high quality neo-gothic Edwardian architecture in the city and it’s status is rightly reflected in its Grade 2 English Heritage listing.

Jessop Hospital in 2010. This hospital for women replaced an older building with just nine beds and was funded by Thomas Jessop, a wealthy steelworks owner. The new building had 57 beds, and an addition to the west in 1902 provided a further hundred. It is in a Gothic Revival style in brick with ashlar dressings and slate roofs. EH

Incorporation of the existing structure into this otherwise excellent project should be considered as a de-minimis requirement in this instance. It’s not a tough architectural call, the space impact seems to be minimal or non existent, and it would be an excellent PR move by the University, showing that they are an integral part of Sheffield’s community and not too big for their boots.

A university does need space to breath and spaces that inspire. But, we must also remember that communities need their roots. There can be few greater anchors than the place where most of those people were born, and it can’t be asking too much to retain one small corner for those feelings of place to be kept alive.