Reconfiguration of a historic manor and grounds which had been converted and extended as a corporate PLC head office to create a mixture of top end apartments, townhouses, mews homes and new build houses within the Ranmoor Conservation Area.

Now known as Tapton Park House and Tapton Park Gardens, this 3.5 acre site in the Ranmoor Conservation area in Sheffield presented a number of unusual challenges. The property was not listed but a sensitive approach was required to get the best from this scheme, not only financially, but to achieve the maximum environmental and social benefit for the people who lived around the site.

Although this significant property had originally been constructed as a home for a Sheffield industrialist the property had passed into commercial use between the wars as the headquarters of General Refractories who gave it the name Genefax House.

Purchased as a whole for £1.15m, the site comprised the imposing original house and around 40,000 square feet of offices built in two multi storey office blocks adjoining the west of the house. In addition, to the east, a range of brick and concrete framed structures formed garages with bungalows over for the company chauffeur and gardener.

The original gardens planned by the Victorian owners remained in large part with their original specimen species trees and plants, along with a croquet lawn. To their everlasting credit, General Refractories (which later became Hepworth Refractories PLC) had continued to maintain the property in very good order and employed a full time gardener / groundsman to keep the arboriculture in tip-top condition. Refurbishments and improvements had ensured that the interiors were kept in a condition and style that was appropriate, including extensive decorative plasterwork upgrades in major rooms.

On first inspection it was clear that this unique property deserved a scheme that befitted the history and quality of the environs, so a high quality project team was assembled which included Kevin Seers of Axis Architecture, Roland Bolton of DLP planning consultants, and Brown Associates Landscape Architects.

A series of design principles was established to be applied across the whole development.

As with all sensitive sites, the support of local residents and business is important and in this case The Ranmoor Society was closely consulted and invited to visit the site to contribute knowledge and ideas. With their assistance, the resulting scheme was warmly welcomed by both Margaret Smith of Sheffield Council’s Planning Department and their Conservation Officer, Craig Broadwith. It should be noted that Craig’s background as an architect was of considerable assistance in achieving realistic and achievable outcomes that didn’t denigrate the overall quality of the project, something that is not always appreciated by planning authorities and committees. 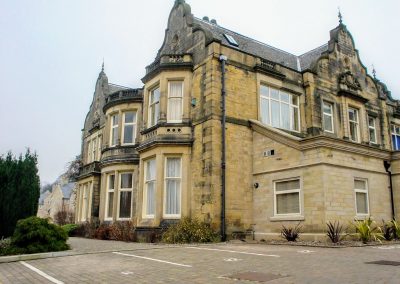 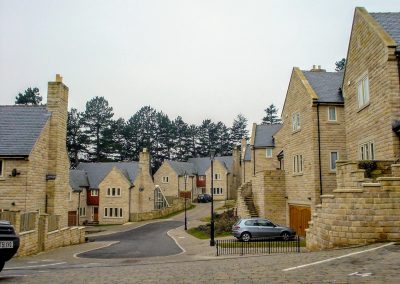 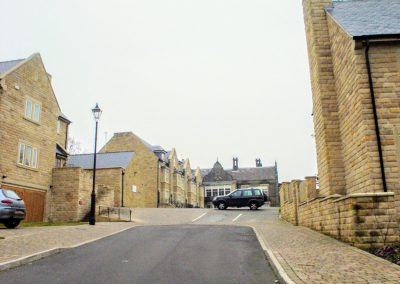 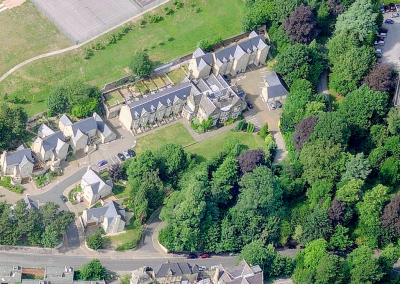